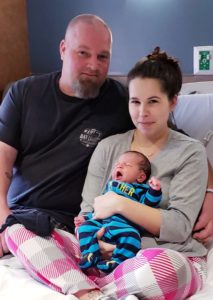 RALEIGH, N.C. — A survey of more than 1,300 North Carolina families finds more than 60% say they have lost income, or expect to, due to the coronavirus pandemic.

Released by the groups ParentsTogether and Down Home North Carolina, the poll also found respondents do not support fully reopening the state’s economy now.

Gwen Frisbie-Fulton, communications director for Down Home North Carolina, says families essentially are choosing between their health and a paycheck.

The survey also found 59% of respondents said they are having to choose what to pay among necessities such as rent and mortgage payments, utilities and food for their families.

North Carolina entered its Phase 2 reopening last Friday, which lifted the stay-at-home order and allowed some businesses to restart operations in a limited capacity.

Fulton maintains the state should be focusing its efforts on expanding unemployment benefits and using rainy-day funds to help communities.

“Our concern is we are living in a situation where folks don’t have a lot of savings and have already been struggling,” she states. “And in North Carolina, our unemployment benefits are very low.”

According to the latest data from the North Carolina Department of Commerce, in April the unemployment rate soared to 12.2%, the highest rate logged in any month since 1976. Statewide more than a half million jobs have been lost, across every major industrial sector.