A Weaverville man was sentenced this week in Haywood County Superior Court for the death of Keven Doan, a 25 year old who overdosed on fentanyl, District Attorney Ashley Hornsby Welch said.

Doan lived in Weaverville with his mother, but was staying in Waynesville for a couple of weeks to help with his father’s construction business.
On July 19, 2019, Joshua Vincent Bass, 37, drove to Waynesville and sold Doan a lethal mixture of fentanyl and 4-anilino-N-phenethylpiperidinem (ANPP), the immediate precursor in the illicit manufacture of fentanyl.
Fentanyl is a synthetic drug that is so potent it can be fatal.
District Attorney Welch pushed for and helped craft the state’s Death by Distribution Act. It was enacted Dec. 1, 2019, with bipartisan support.
“We created this new charge to allow us to prosecute people who are dealing death,” Welch said. “Mr. Bass’ case is a perfect example of the intended targets of the Death by Distribution Act: major drug dealers.”
Superior Court Judge Daniel A. Kuehnert sentenced Bass to serve 124-161 months in the Division of Adult Corrections.
Telling Keven’s story
For Doan’s family, this was the final stop in their long judicial quest to find a measure of justice.
Though the legal journey has now ended, Zachary-Doan said the family’s search for greater meaning in Keven’s death will continue.
“How do you take something so tragic and use it to help or possibly prevent a similar situation? Keven had a contagious laugh and such a giving heart. He would want somehow to help others if they were in our shoes,” she said.
“I still don’t know what that greater good might be. But I do know this family – me, his father (Barry Doan) and mother (Belinda Doan) – 100-percent support the death-by-distribution law. We also hope that this case sends a loud message that peddling fentanyl and other drugs that will kill someone will not be tolerated in our county.”
People sometimes find themselves at a loss when navigating the justice system, Zachary-Doan said.
“I want them to know, the district attorney’s office was with us every step of the way, particularly Assistant District Attorney Jeff Jones,” she said. “We are so grateful for the DA office’s support, law enforcement’s support and that of the community.
“We hope that this case empowers families of other victims who have died to be patient and to know that there is justice. The walk through the process can sometimes be painful, slow and tireless, but you won’t go through it alone.” 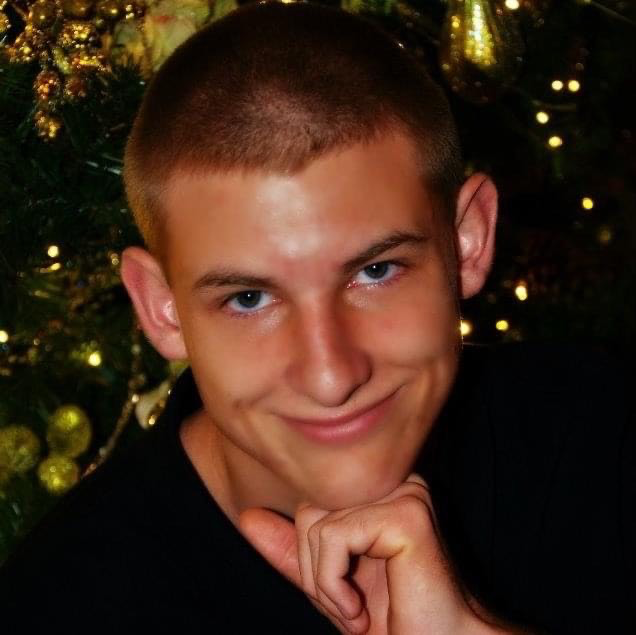 Saving others
On July 20, 2019, Zachary-Doan and her husband went to hear her son, who is a musician, perform at Harrah’s Cherokee Casino Resort.
They arrived home at about 1 a.m. Barry Doan found Keven, his son, dead in the downstairs bathroom.
Haywood County Sheriff’s Office detectives collected a partially loaded syringe from the bathroom sink of the Waynesville home. There was a red needle mark on Keven Doan’s arm.
A medical examiner said that Doan had died from acute fentanyl toxicity. Law enforcement officers used phone texts and social media to trace the fentanyl to Bass. They believe he met Doan at a Weaverville service station where, at the time, Doan was working.
Barry Doan said his son didn’t stand a chance. “If the flow of these drugs don’t stop, then others will suffer the same fate as Keven,” he said.
Keven Doan’s mother said that she believes even in death her son can help others combat illegal drug use.
“He was always willing to help any and everyone,” Belinda Doan said.
Tragic consequences
District Attorney Welch said people don’t necessarily understand or sympathize with how quickly a person can become addicted to opiate pills, only to switch to illegal substances after their legal supply dries up.
“This kid put a needle in his arm one time, and he hardly had the opportunity to get the needle out of his arm before it stopped his heart,” she said. “That is tragic.”
Like North Carolina, the federal government and at least 19 other states impose harsher penalties on people found guilty of distributing controlled substances that result in someone’s death.
Prior to the Death by Distribution Act, prosecutors had to seek a second-degree murder conviction with the stipulation they could prove intent to do harm.
Drug dealers still can be charged with second-degree murder, as was Bass; however, prosecutors are not required to prove the seller acted with malice.
“It gives us another tool in our toolbox when going after people who are dealing drugs,” Welch said. “If you are dealing deadly substances you ought to be held responsible if someone dies.”
Nearly 4,000 people in North Carolina died of suspected overdoses in 2021, a 26 percent increase from the previous year, according to recent state data.