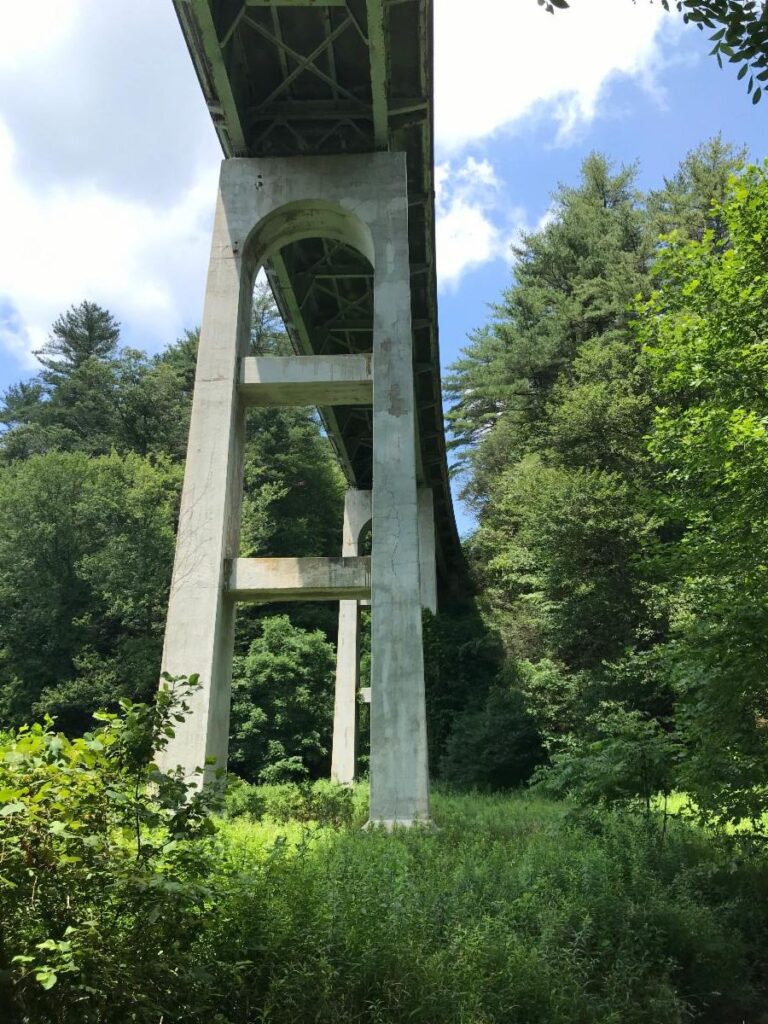 The Blue Ridge Parkway will receive approximately $127 million in Great American Outdoors Act (GAOA) funding for two major infrastructure projects in the country’s most-visited national park.
“Generations of park visitors and local residents have enjoyed scenic drives along the Blue Ridge Parkway and into our neighboring communities, just last year the park had 15.9 million visitors,” said Blue Ridge Parkway Superintendent Tracy Swartout. “The Parkway was created to be a driver of tourism and to support and sustain local economies. Ongoing investments in critical park infrastructure and operations will allow the Parkway to continue to serve the nation in this important role.”
The projects include approximately $29 million for a full replacement of the Laurel Fork Bridge at milepost 248.8 in Ashe County, NC. The historic bridge is approaching the end of its lifecycle. It was constructed in 1939 and is 546-feet long and 28-feet wide. It is a five-span bridge with a steel girder and concrete floor beam structure supported by concrete and stone masonry abutments which are set in the steep slope of a ravine, and concrete piers which are cast onto a wide concrete footing. The bridge replacement project will take two years and require a full closure with detour.
The other project is for approximately $98 million for a three-year repaving and rehabilitation project that will span 75 miles of the Parkway in North Carolina, from milepost 229.6, just north of Doughton Park, to milepost 305.1, near Grandfather Mountain. The paving project will include repair or replacement of drainage structures, curbs, walks, shoulders, guardrails, overlooks and signage. The paving project will be phased with a staggered series of closures allowing for continuous access to recreation areas and visitor amenities within the construction zone.
Both projects will be jointly managed by the NPS and the Federal Highway Administration. Contracts for both projects have recently been awarded and construction timelines and detour locations are being finalized.  Road closure dates and detour information will be announced and updated on the park’s website at https://www.nps.gov/blri/planyourvisit/roadclosures.htm.
Funding for the projects comes from GAOA’s National Parks and Public Lands Legacy Restoration Fund. GAOA is part of a concerted effort to address the extensive maintenance backlog in national parks. Supported by revenue from energy development, the fund provides up to $1.3 billion per year for five years to make significant enhancements in national parks to ensure their preservation and provide opportunities for recreation, education, and enjoyment for current and future visitors. This project will eliminate more than $115.6 million of maintenance backlog for the park. It will also support more than 1,600 jobs and contribute $348 million to the nation’s economy.