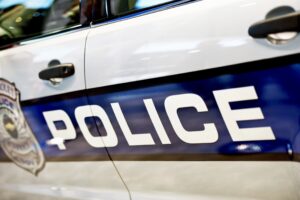 At around 3am on Tuesday Morning, July 28th the Haywood County Sheriff’s Department and the Canton Police Department responded to a report of a disturbance involving a person armed with a riffle on Old Asheville Highway (U.S. 19 & 23) near canton.

Upon arrival Officers encountered an individual who fired shots, striking a deputy sheriff. During the exchange of gun fire the suspect was struck and is now deceased. The deputy received medical treatment and is in stable condition.

There were unconfirmed reports that the shooter had climbed on a billboard and was shooting at oncoming traffic.

The officer has been identified as Eric Batchelor.

The NC State Bureau of Investigations is assisting local officers with the case.