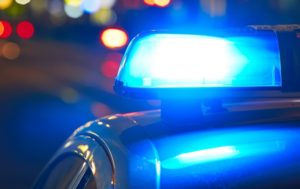 A truck was reported stolen to the Sylva Police Department on Sunday.  On Monday reports stated that the vehicle was traveling on Cope Creek Road in Sylva.  Sylva Police initiated a traffic stop and Christopher Gaskins refused to pull over.  The Jackson County Sheriff’s Office and the North Carolina Highway Patrol responded to assist as Gaskins led officers on high-speed car chase. He drove eastbound on US 74 towards Haywood County, at times in excess of 110 miles per hour.  The department used tire deflation devices to stop the truck, and Gaskins finally stopped the nearly disabled vehicle on US 74.  He then fled on foot as officers pursued him into the woods. The chase continued into the Fisher Creek area, and ended when a team of Jackson County Sheriff’s Office deputies caught up with Gaskins.   Christopher Gaskins is being held in the Jackson County Jail under a $5,000 bond.